In the final week of 2010, the photography world lost something very important … Kodachrome. To many, this seems like a minor loss, many of us only shoot digital, while many of us still using film have moved on to more modern and readily available film stocks. Kodachrome was a pain to shoot of late, it was rather pricey to purchase and develop. Furthermore, it had to be sent off for its special K-14 processing.

K-14 processing was once readily available. Small labs could never do it, but Kodak had a worldwide network of development facilities, where film could be sent off to and you would get your slides back in a week or two. As the years passed, Kodachrome sales declined due to modern slide and negative film that could be processed locally within a day.

When digital photography went mainstream, it was the death knell to Kodachrome, even devout Kodachrome enthusiasts migrated from the venerable film to their DSLRs, providing the photographer a level of control that would have been unimaginable with good old Kodachrome.

Kodachrome was a victim of advancement, and as the years pass I expect to see the same fate for many of my favorite film stocks. Kodak was making very little on film and chemical sales. They folded all of the Kodak K-14 processing facilities, leaving only one Kodachrome processor available in the entire world, Dwayne’s Photo in Parsons, Kansas. 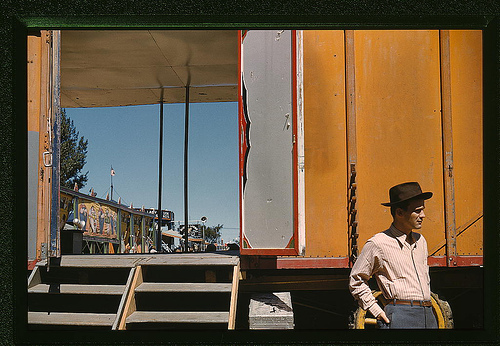 To many, this may seem like a small event. To others, it was a last chance to load up Kodachrome and relive the old days. Others still discovered Kodachrome for the very first time, and were saddened to realize that it would be their only opportunity. Honestly, I had only shot about 10 rolls of Kodachrome before the announcement was made.

Afterwards, I shot another 16 rolls, of which I sent in 15 rolls for development and forgot one in the camera, only to discover it on New Year’s day.

What is important to remember about Kodachrome is that it changed the way we looked at the world. Kodachrome was the first viable and stable color film available on the market. Kodachrome was developed by two musicians in the early 1930’s; Leopold Godowsky, Jr and Leopold Mannes. They were simply unsatisfied with the color in a movie they had recently seen and set out to improve color motion photography. In their efforts they created Kodachrome.

Kodachrome was revered for its accurate colors and for its image stability. Images shot on Kodachrome and properly stored look today as if shot yesterday, even those it may have been shot in the 1940’s. Kodachrome is renowned for being the most archival of any color film, including those manufactured today.

Kodachrome is the means by which we have seen history in living color. From the 1930’s until the 1950’s it was the defacto standard for color photography. Look at any old National Geographic from the 50’s, almost every color image was a Kodachrome. The stunning color photography from World War II was almost exclusively captured on Kodachrome stock. Most of the 1960’s was captured on Kodachrome. Most of the family slide collections from years past are composed primarily of differing versions of Kodachrome.

It was not until Kodak’s own Ektachome (developed in the 1940’s) garnered a large enough level of quality did other slide film start to cut into Kodachrome’s sales, and that was not even until the 1960’s that it made a big impact and not until the 70’s when it started to significantly affect Kodachrome sales.

Some of the most iconic videos and photos of our time were captured on Kodachrome. The Zapruder film capturing the assassination of President Kennedy was shot on Kodachrome II 8mm film. The coronation of Queen Elizabeth II of Great Britain was captured on 16mm Kodachrome.

Of course, Steve McCurry used Kodachrome to capture his image “Afghan Girl” for National Geographic, which is one of its more memorable covers. If you dig, you will find many of your favorite images from the middle of the 20th century were taken on Kodachrome. 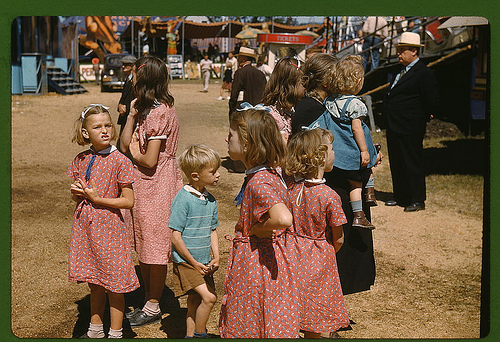 It is sad that this venerable film was discontinued after 75 years of continual service. No other color film has had this longevity and only a few black and white film stocks have similar longevity. Even in its final days, Kodachrome was still a preeminent film stock; with vivid, yet natural colors and sharpness that was hard to capture with any other color film, slide or negative.

Kodachrome’s unique composition and development processes allowed it these traits. Kodachrome has no color couplers in the film; it is simply three layers of black and white film of varying sensitivity. The lack of dye couplers allowed Kodachrome to have extremely thin negatives, enhancing sharpness and color accuracy.

Color is not introduced to Kodachrome until the processing phase, meaning there are no unused dyes in the slide, improving sharpness and archival longevity.

Hopefully, many of you will find these presets useful. Some will attempt to recapture the magic of Kodachrome, while others will simply impart that classic feel unto their images. While my emulations will never reach the level of quality of the true Kodachrome film, it is my small effort to help preserve the warmth of Kodachrome.

Kodachrome is available with the XEQUALS Platform.