There are numerous reasons why you might want to geotag your photographs, and if you give me a couple of minutes, I may be able to think of one.

Actually, ‘because you can’ is probably sufficient reason and, anyway, it’s nice to be able to see exactly where a picture that you like was taken – I dare say geotagging has been quite a boon to the tourist industry.

Nowadays, there are plenty of cameras and camera phones that automatically geotag pictures as they’re taken, but it would make for a pretty short article if I concentrated on those so I’m going to look at using the Map module to do the geotagging on locationless pictures.

Lightroom’s Map module gives you two methods for putting your photos on the map: there’s the fully manual way, which can be tedious and encourages selectivity in what you tag, or there’s the semi-automatic way, which can do a whole batch of pictures in one go, but is heavily dependent for accuracy on external equipment.

Before diving into actually geotagging pictures, let’s take a quick look at the module as you’d see it in Lightroom: 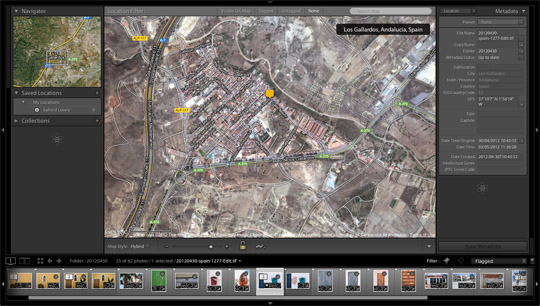 Here we see the ubiquitous filmstrip at the bottom of the screen, containing all the candidate images for geotagging. Down the left side we have the Navigator pane, which is to the map what the other navigators are to your images, the now-standard Collections pane and, between them, a pane labelled Saved Locations – this is beyond the scope of this article, but you can use it to remember locations that you visit often. 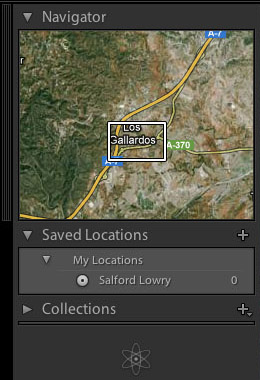 On the right, we have the location metadata of the selected image(s), and in the middle the actual map on which you will drop images to locate them, here including (as all the best TV chefs say) one I prepared earlier. 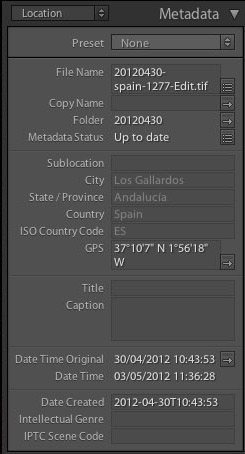 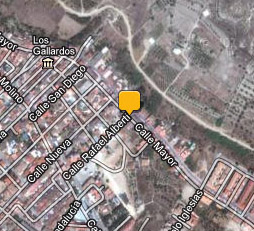 Images that have location data appear on the map as little flags (yellow if the image is selected, orange if it isn’t). Hover your mouse over a filmstrip image that’s on the map and its flag will do a ‘Me! Me!’ dance to tell you where it is. Hover the mouse over a flag and it’ll pop up a little thumbnail of the associated image(s).

If there are multiple images at a particular location, then the flag sports a number telling you how many there are (and won’t do the dance, possibly because they’re too grown up for that sort of thing). Markers for multiple images can’t be repositioned on the map, unlike single image markers, which you can drag around (see later for a work-around).

At the bottom of the map are a few basic controls:

Map style gives you a few choices on how to view the map (which should be familiar to anyone who’s used Google maps): road, satellite, hybrid, terrain and a couple of odd ones: light and dark. I’m not sure what the last two are for – they seem to be light or dark greyscale versions of the ‘road’ setting.

Next along is a zoom slider. This is probably mostly useful as reference, since the map responds to all the zooming techniques you’d expect: + and – keys, scroll wheel, etc.

The lock icon freezes all the location markers, so you can’t accidentally move Aunt Mabel out into the middle of the ocean, say.

And then there’s the tracklog icon, which we’ll get to later.

The top of the map gives you some filtering options, which I won’t mention further, and a search box, which I will.

So, you’ve been on vacation and got loads of really cool pictures of exotic places. Before actually uploading these pictures to your social networking site of choice, you want to make sure that all your friends can see exactly where they were taken and be suitably envious.

I was in Spain recently…

In order to geotag images, we first have to find the correct place on the map: up on the top right is a search box. Type in the location, hit enter and you’ll be presented with a fairly large scale overview in the main map area.

And there will be a special flag at the point that Lightroom (or Google maps) thinks you mean: 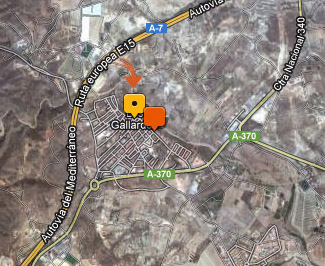 So, I’ve sorted out a few images from a set I took wandering around the village on the first day, and I want to put these on the map so that I get a view of where I went.

The first couple are quite easy: they’re images of the local church, and that shows up readily on the map, because the surrounding area is quite distinctive: 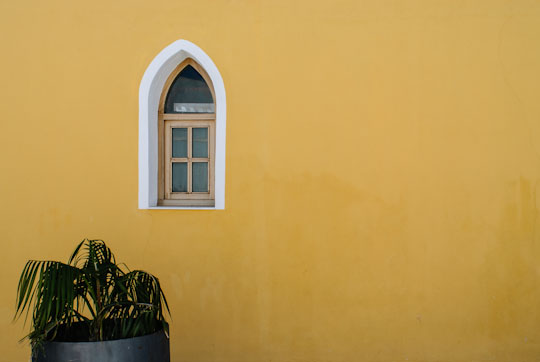 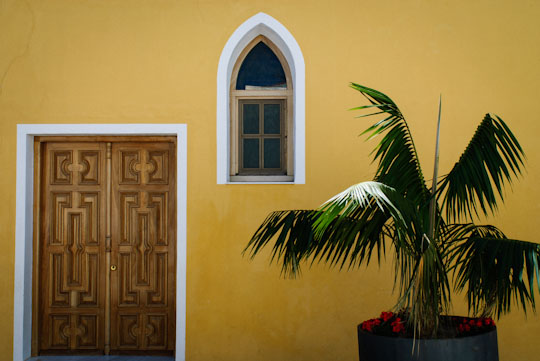 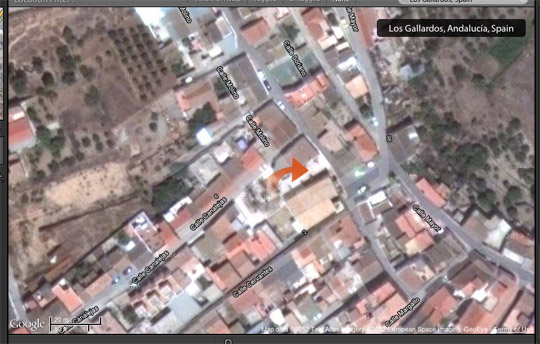 Tagging the pictures is simply a matter of selecting them in the filmstrip and dragging them to the correct location on the map. Once that’s done, their flags show up, and Lightroom fills in the location metadata: 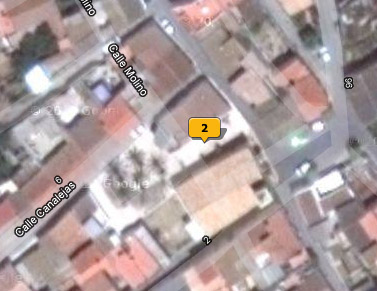 Top tip: dragging and dropping images from the filmstrip can be a pain (especially on big monitors or when using a trackpad). It’s probably easier to select the images, then right-click on the map at the appropriate point. You’ll be presented with a single menu item: ‘Add GPS Coordinates to Selected Photos’. Click that and it’s job done.

Slightly quicker top tip: On the Mac (I don’t know if the equivalent works on Windows – I expect it does), Cmd+click writes the GPS co-ordinates under the pointer directly to the selected image(s) without asking for any sort of confirmation.

As a bonus, this makes a good work-around for not being able to reposition multi-image markers. Just click on the marker to select all the images that it represents, then Cmd+click where they should be, and they’ll all move. 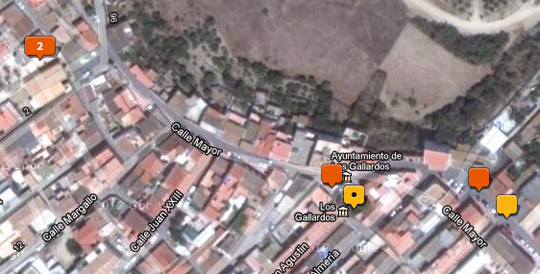 Now I’ve hit a snag. My walk took me down a fairly long road, and I’m not sure exactly where along it the images go. Take this one: 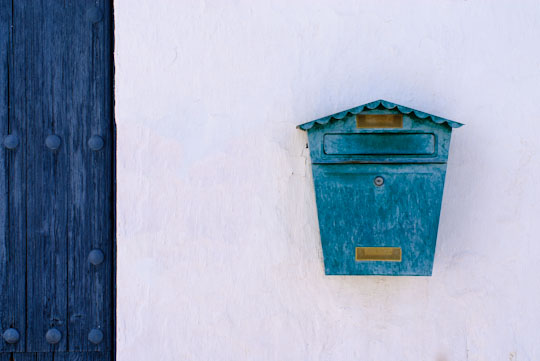 I can’t remember where I stood to take that, and I don’t like the idea of just lumping a load of images together and basically saying “somewhere around here”. (Smart-Alec readers will notice that this image is the one that was already located in the first illustration above. Award yourselves a star.)

Fortunately, Google Earth (or Google maps) can come to the rescue here – at least, as long as your pictures were taken somewhere that’s been visited by the Google van. Just drop into Street View and repeat the walk until you find the place you’re looking for.

Actually, for this purpose, I prefer Google Maps to Google Earth because you can split the window between street and bird’s eye view. In Google Earth, you have to exit Street View to see where on the map you are, and that’s a pain if you’re doing lots of pictures this way. 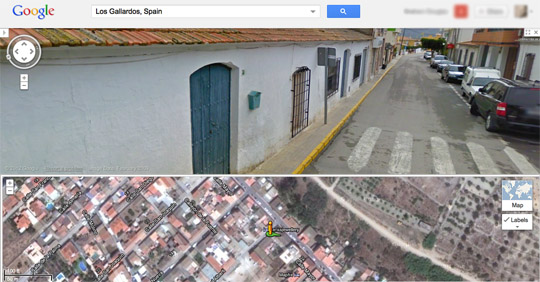 I’ve found the letterbox, and I can transfer the location as seen in the overview to the Lightroom map. Then it’s a case of ‘walking’ down the road, finding the places where I took the pictures.

Obviously, this doesn’t work if you were out in the countryside, where there are no Street View images. In that case, you’re just going have to resort to Plan C: guess.

This does show up a quirk of Google maps, though: the satellite and road maps don’t always line up properly (I’ve highlighted the road map part in green for ease of viewing): 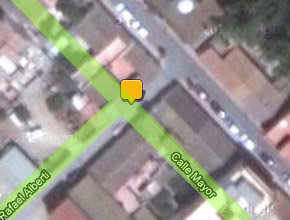 If the accuracy of placement really matters to you, then you need to decide which of the two views to use and use it consistently. I’ve used the road map view purely because that’s where the marker on Google maps appeared, so I reckoned that that one gives the slightly more accurate position.

So, that’s manual placement. A bit long-winded and you’re definitely not going to want to use it on all 500 pictures that you took on that long walk.

If you do want to tag all 500, though, then there’s no getting away from the need for something that’s GPS-capable and that can write tracklogs. And so we come to:

I’m not going to go into all the devices and apps that can create tracklogs. I use an iPhone app called MotionX GPS. It does the job. I’m certain there are other apps (and specialised equipment) that can do a better job, and lots that will be worse.

Nor am I going to go into how to get the tracklog onto your computer where Lightroom can read it. Go check the manual – it’ll be different to anything I say here, anyway…

The only thing I will note is that, if your device gives you a choice of file formats, you want to choose GPX for importing into Lightroom.

It should be obvious that it’s a good idea to ensure that your camera’s clock is correct and synchronised with your GPS recorder. Differences between the camera and the GPS unit of whole hours are pretty easy to cope with, but if the camera clock is 13’ 27” slow, then things are going to get a whole lot trickier.

So, you’ve synchronised your camera and GPS recorder, been out for a walk, taken some pictures, come home, put the tracklog somewhere convenient on your computer and imported the pictures into Lightroom. What next?

Remember that symbol next to the lock icon from earlier? Let’s click on it. 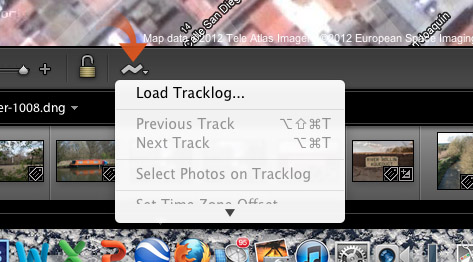 Select Load Tracklog… and find the GPX file that you retrieved from your GPS tracker earlier. Lightroom will load the tracklog and adjust the map to display it: 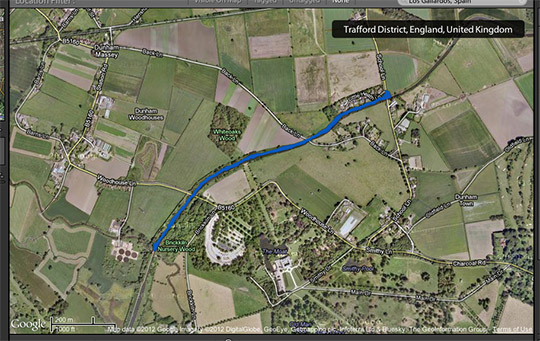 At this point, it’s possible to tidy up any whole-hour differences between your picture times and the GPS times. Click on the tracklog icon again (or go up to the Map menu and follow the Tracklog side-menu) and you’ll find Set Time Zone Offset… 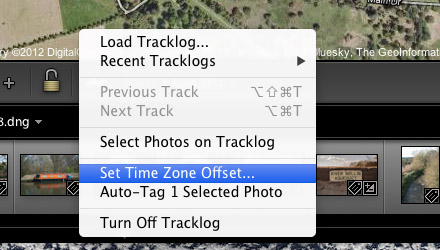 Having done that, select all the photos in the film strip (Cmd/Ctrl+A or Edit->Select All), click the tracklog icon (or Map->Tracklog) and choose Auto-Tag <n> Selected Photos. 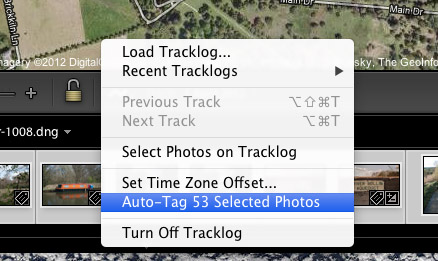 And presto … there they are! 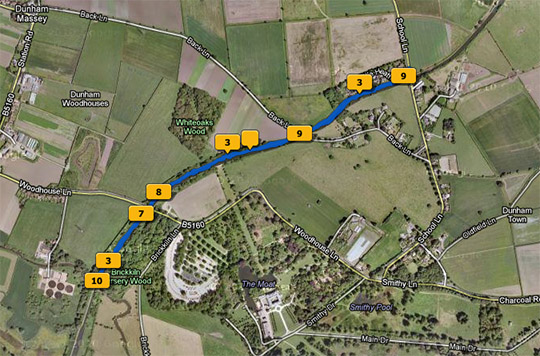 Much easier than the fully manual method. 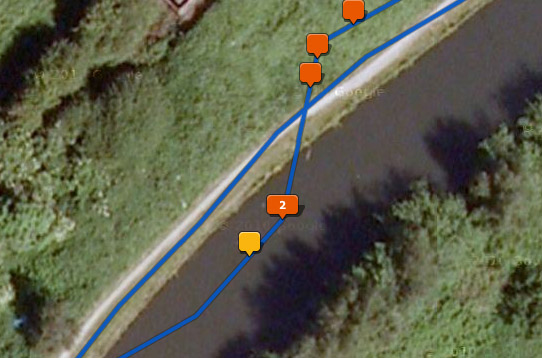 The technology’s not perfect, let’s face it. If you’re going to tidy up, I recommend turning off the tracklog (the command is under the Tracklog menu – see pictures above), otherwise Lightroom will try to snap the markers to the track.

If you’re like me and only occasionally geotag pictures ‘because you can’ or as a reminder of exactly where specific shots were taken, then the Map module does a perfectly adequate job. As an alternative, there’s also Jeffrey Friedl’s Geoencoding plugin, which does just as good a job and has a couple of extra tricks up its sleeve, but it’s a plugin and works in a dialog box, rather than as a neat module.

On the other hand, if you need to have accurate location info for all of your pictures, then you’ve probably got a GPS module for the camera and you don’t really need the Map module.